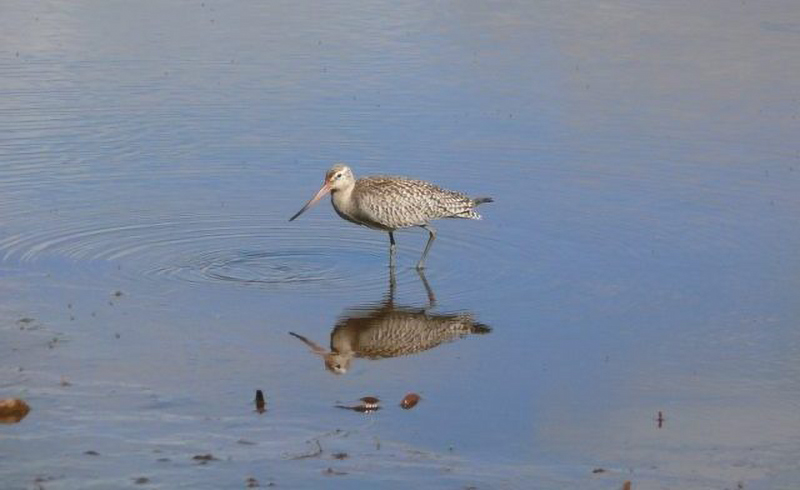 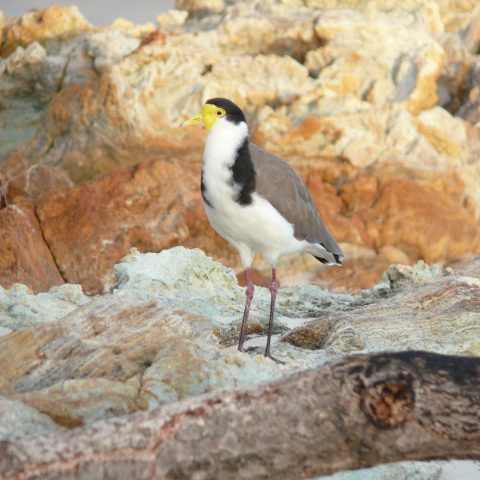 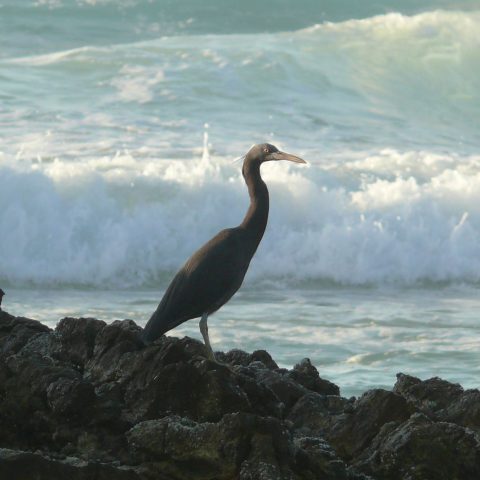 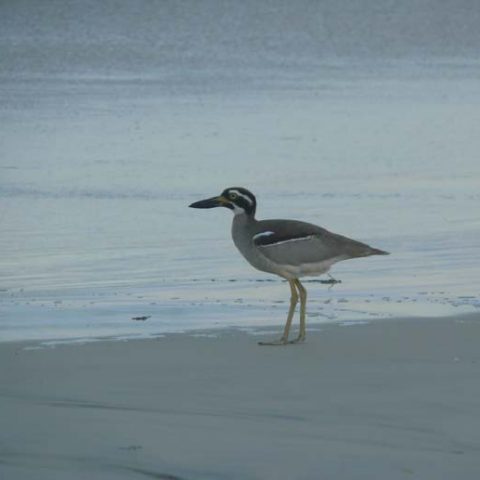 Much of North Stradbroke Island is internationally recognised as being important for migratory birds through the United Nations Convention of Wetlands of International Importance – the Ramsar Convention.

The island, and Moreton Bay more broadly, are visted by an estimated 50 000 wading birds each year before migrating to countries far away such as China, Siberia and Alaska.

A very important wetland is 18 Mile Swamp, this is threatened by nearby sand mining which requires large volumes of water for the highly destructive ‘dredge mining‘ and creates many other risks of damage to the swamp.

Where to see Shorebirds on Straddie?

For a good look at shorebirds, sit quietly at a distance and study them through binoculars or a spotting scope. Disturbance from boats, people and dogs is a problem and these sites are best viewed out of the holiday season.

One of the best places to see Straddie’s migratory shorebirds is on the Amity sandbanks at the north-western end of the village where the birds roost at high tide and on the exposed mudflats at low tide. Many thousands of waders and terns are sometimes present in summer. Bar-tailed Godwit and Grey‐tailed Tattler are usually very abundant, while Whimbrel and Eastern Curlew are common. From February to August, the Double-banded Plover from New Zealand can be sometimes sighted at Amity but more often at Flinders Beach. Amity is also a great place to see resident shore and water birds such as bush stone-curlew (especially at dusk in the camp grounds), red-capped plover, Crested Tern, lapwings, herons, egrets, ibis, spoonbills and cormorant and, if you are lucky, the beach stone‐curlew (see photo).

Shorebirds such as Bar Tailed Godwit are spotted making use of the beach lagoons on Cylinder and Home Beach along with lapwings, flocks of crested tern and other sea and waterbirds. Bush stone -curlew are now fairly common and can be seen at dusk on roadsides and heard calling all over the township at night. The tracks of the beach stone -curlew have been spotted on Deadman’s and Frenchman’s Beaches with an occasional rare sighting of the bird itself. Pairs of sooty oystercatchers are sometimes spotted on rocky beach outcrops on Frenchman’s Beach.

A small high tide roost and mudflats near the One Mile Ferry jetty is always worth checking out to see which shorebirds are making use of the area. Australian pelicans are also commonly seen.

Somewhat hard to access, this very significant Ramsar wetland is our new National Park. The area is still under threat from nearby deep dredge mining.

Shorebirds are very easily disturbed by close activity. A disturbance is any action that interrupts the breeding, feeding or resting of shorebirds. For example, causing a shorebird to take flight represents a significant disturbance. When shorebirds take flight they use critical energy that is required for migration and breeding. Repeated disturbances and disturbances that occur before or after migration are particularly damaging for shorebirds. Without sufficient energy reserves shorebirds may be unable to complete their migration or breed.

We can all help prevent shorebird disturbance by following these guidelines:

There are numerous threats to waders in Australia and in other countries of the flyway. In many parts of South-east Asia the birds are hunted and there is widespread habitat loss through coastal reclamation and industrial development, especially in China and South Korea. In Queensland, there is inadequate protection of roost and feeding sites and threats from pollution.

Australia is a signatory to international treaties aimed at protecting migratory waders including the Ramsar Convention (Convention on Wetlands of International Importance especially as Waterfowl Habitat) which promotes wetland conservation, and the Bonn Convention (Convention on the Conservation of Migratory Species of Wild Animals) which provides a multinational framework for the conservation of migratory species. In the East Asian–‐Australasian flyway, 15 of the 22 countries in the flyway have signed the Ramsar Convention.

Australia also has special migratory bird agreements with three countries in the flyway –‐ Japan, China and Korea. Moreton Bay and 18 Mile Swamp, the longest wetland of its type in the world, are listed as Ramsar sites for special protection and sustainable management.

To get involved in wader counting and monitoring please contact the Queensland Wader Study Group.

The threats to Stradbroke’s shorebirds need to be recognised and addressed. While it’s great that 18 Mile Swamp has been included in the new national park, excessive water extraction for mining and water reticulation poses an ongoing major risk to 18 Mile Swamp and Stradbroke’s ground water systems. The integrity of 18 Mile Swamp is at risk from deep dredge mining at Enterprise mine next to the swamp and the impact of the Yarraman mine near the northern Key Holes. Shorebirds, especially our resident birds, also face continual threat from vehicles on beaches particularly when driven at high tide or above the high–‐water mark. Destruction of birds and nests by dogs, cats and foxes and rough human feet is another ongoing threat while the proposed development and release of extra land at Amity and Flinders Beach in the vicinity of key migratory shorebird habitat must be monitored closely to ensure that adequate buffer zones are put in place to protect the bird’s habitat.