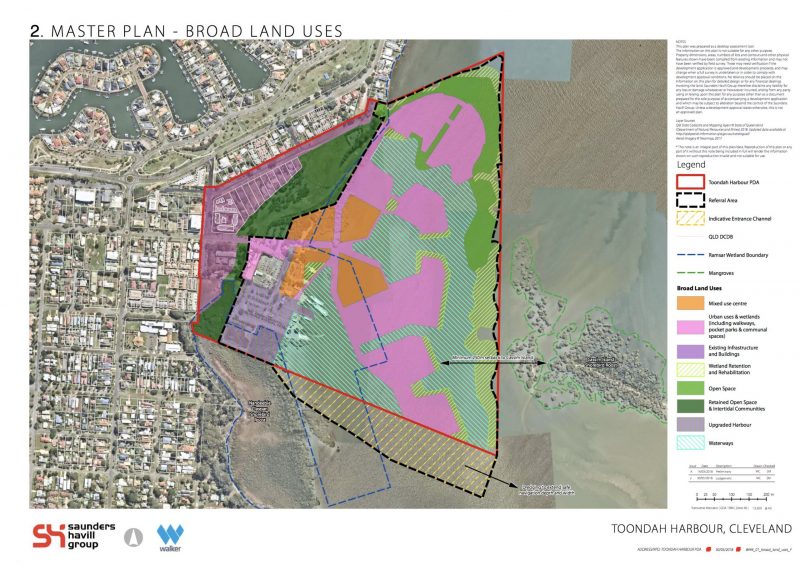 THIS LETTER  WAS SENT TO SAVE STRADDIE BY THE AUTHOR

It was emailed by the author to the Premier and Deputy Premier on 21 October, 2017

I write to you both today as not only as a long term supporter of the Australian Labor Party but as a concerned member of the local community.  I am also a student, worked in retail/fast food for 6 years and worked in IT roles for the past year in management and marketing strategist positions. I’m a Quandamooka Noonucle salt water person originally from North Stradbroke Island. I’m a member of the Fabians Society, Australian Republican movement and helped the Bayside Crime Stoppers from time to time.

When Premier Campbell Newman lost the state election in 2015 we all thought it would end the 3 years of discontent that came with it. The mass sackings, relaxed attitude to greedy property developers, unconcern for the environment, and asset sales was far too much for the state. We all know asset sales were a touchy topic for Premier Bligh beforehand as well.

The Palaszczuk Labor Government has done some good there is no denying this. Cross River Rail deserves credit as does the pushes in science and innovation, and the transparency laws introduced with bringing about reforms to ban property developers from donating to political parties much like in NSW. It will also be a great opportunity also for the state to plan ahead for the upcoming Commonwealth Games on the Gold Coast.

What astounds me is the massive support for the Adani Carmichael mines project and the Toondah PDA project from the state government in the recent year. Adani has been questioned in India by several key figure politicians such as the former Environment Minister Jairam Ramesh of the INC the same party that Gandhi belonged too.

Major Banks of Australia have refused and ruled out funding to the project, and the issues surrounding the Adani Company have been pretty self – evident in the investigative reporting made by the Four Corners program on ABC recently.

As a person of Aboriginal heritage it has been extremely challenging for me to support Labor in QLD most recently when the party I supported has ruled support for a mining company that has not respected the Wangan and Jagalingou peoples. The party that brought about the Native Title in the early 1990s and supported Eddie Mabo has now taken a turn that just doesn’t feel morally right here.

Jobs for northern QLD should be a must there is no denying this, but I believe a way forward that moves away from the fossil fuels technology of the past to renewables and longer lasting sources of sustainable jobs is the way to go here, especially in light of the mining boom now being over.

I have family and friends in Mackay where people had to shut down businesses due to the downturn in the mining economy, and on the other hand others on the other side of the debate who work in Tourism who are concerned about the Great Barrier Reef being further harmed by further mining.

My outlook is further made personal due to the following; after the Second World War my Latvian grandfather escaped the Nazis and Soviets fighting on the Eastern front to later marry my Aboriginal grandmother on Stradbroke Island where they raised a family whilst working in the Sibelco sand mines. This was a means to put food on the table and ensure prosperity.

As times changed the sentiment around many Indigenous elders was that the sand mining should cease as a means forward for granting native title on the island, others in our families were for the mines to remain open as a means for the economy to sustain itself. This caused bitter divisions in the community still felt to this day.

The Sibelco mining issue bitterly divided our community, some in our families decided to remain loyal to the elder’s views, some of us went as far joining the Labor Party (myself included), and one of whom is now a member of your government in the cabinet.  Others in our families remained loyal to the Sibelco mines and worked with the LNP to help get Campbell Newman elected in the Ashgrove electorate.

Mining has been a big part of my family not just on my father’s side but also originally on my mother’s as well where they originally came from Gympie, where some of them worked the mines (before others were in the ADF and some politicians in the Gympie Councils) where they worked alongside Andrew Fisher who became a family friend of ours. One of my descendants died in a mining accident where Fisher telegrammed his condolences to our family from Parliament many years ago.

But mining like any industry will have to adapt and change with the coming of differing times and technological demands. Governments that don’t encourage that further incentives for change create dangerous precedents. Labor took charge of the issue in and out of government to grant the Indigenous peoples of Straddie a fair go with their native title. The mines whether we like it or not close in 2019 on Straddie. That being said how is it that this administration can support this initiative and not supports other local Indigenous peoples in central QLD regarding the Adani issue? The QLD ALP should be closing the gap not helping to widen it by supporting mining groups that divide communities as a means forward for making cheap profit.

Another issue that concerns many of our local Indigenous peoples and local residents of the Redlands area is the issue of the Toondah Harbor PDA proposals that Labor has endorsed along with several of the local LNP in local Redlands City Council. It is also extremely concerning when LNP CR Paul Gleeson (who has strong ties with Mayor Karen Williams) has launched attacks on community and green campaign groups such as particular trade unions, Redlands 2030, CARP, and the Koala Action Group in conjunction with the State Governments plan to implement Belcarra in line with the donation laws overhaul shortly. Is it wise for the ALP to closely associate with Liberal spivs who push for questionable motives like this? How is that Labor in Opposition, opposed this Toondah development and now supports it?

Toondah proposed by the Walker Corporation is to build 3600 new apartments on landscaped regions on materials dredged from the Toondah harbor area in Cleveland. This area is home to natural migratory birds and koalas as well as other wildlife. Much of the local people in the area believe the Toondah harbor port should be upgraded but not with a few additional few skyscrapers. Many local businesses are closing shop in our area but much of the mood is to compete with a growing population and to remain sustainable we need a upgrades to the Cleveland train line, Alexandria Hills TAFE or relocate the TAFE elsewhere locally more ideal for growth in the area, and upgrade the Cleveland CBD to re – energize our area.

I strongly advise the QLD State Government to consider the following whilst implementing reforms regarding political donations; “That mining interests be also be banned from donating to political parties” much like in NSW, that further consideration be placed into alternatives for Adani and the Toondah PDA and that more planning go ahead into upgrading the Cleveland CBD and transitioning to economic alternatives to coal based power and trade in favour of renewables or other economic means forward.

In 2007 whilst in High School I was inspired by the election of Kevin Rudd to the Prime Ministership one of the reasons was because he apologised to the stolen generations and worked to act on climate change which his successor Julia Gillard worked hard to do during those tumultuous times. Federal Labor has most recently also distanced itself from moves by state Labor pushing forward with the Adani project with the federal Coalition government supporting however.

I was a member of the SDA for several years when I worked in retail, have had ties to the NUW, and been in the ALP since 2011 to 2017 in that time I worked as a temporary call centre employee for a short time at United Voice and the RBTU and I later was a Branch Secretary/President in the ALP, campaigned for local, state, and federal candidates for the party, was a State Conference Delegate and Committee Member of the QLD Indigenous Labor Network whilst pushing for new ideas in the party with groups such as Local Labor.

Sadly I resigned from the party this October because I believe until the QLD branch of the party works out its moral compass on issues like Adani and Toondah I cannot remain active as a member. Perhaps one day I’ll rejoin but until then I will cease my membership with the QLD branch of the party. The ALP should be about hope and looking for new ideas I urge caution that if progressive and realistic alternatives are not looked at the party is at risk of going the same way in QLD as the democrats did in the recent US election last year.

The deadline for submission is 25 May.

The draft submission is in response to the Federal Environment Department’s Invitation to comment on the latest referral of the Toondah Harbour proposal to dredge and “reclaim” over 40 hectares/100 acres of Moreton Bay’s Ramsar protected wetlands at Cleveland – where the ferries depart for North Stradbroke Island – to construct a high-rise “development” including 3,600 apartments. Submissions must be sent by 25 May.

The proposal cannot proceed unless the Federal Government approves it under federal environment laws.

Please feel free to copy and paste this draft and re-word as you like and add your own personal touch. A personally worded submission carries a lot more weight than one copied and pasted word for word. But take notice of the Federal Environment Department’s advice on making a submission – scroll down this link to ‘Invitations for public comments’ – http://www.environment.gov.au/epbc/public-notices/assessment-help#referrals

As requested in the Invitation for public comments, please email your submission to the following email address and make sure you include the Re: section as this information is essential.

(Cc email to yourself for your records. You could also send a copy to the Federal Environment Minister, Josh Frydenberg)

I submit that approval of this proposal should be rejected because it is likely to have a significant impact on matters of national environmental significance protected by the EPBC Act. More specifically, I urge rejection of the proposal for the following reasons:-