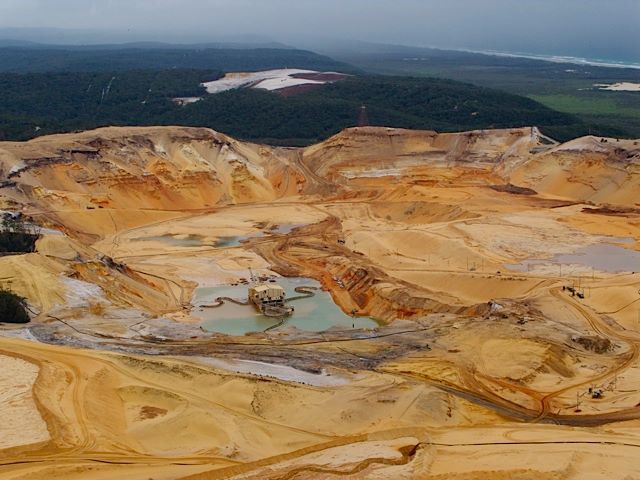 The dodgy Palaszczuk Government plan to allow a company, chaired and partly owned by the Labor Party’s Federal President, Wayne Swan, to mine internationally important, ancient sand dunes on Cape York will be another major test (along with Toondah Harbour) of the credibility of Tanya Plibersek and her environment protection promises. This includes at the international level, where this week Plibersek was in Canada at COP 15 calling on world leaders for “urgent protection and repair” of the environment.

In 2013 an independent scientific expert panel concluded the threatened sand dunes north of Cooktown, which overlook the Great Barrier Reef and include hundreds of amazing, but fragile, shallow freshwater lakes, were worthy of inclusion in a proposed (but now stalled) Cape York World Heritage Area nomination.

As well as being Chairman of the Board of Directors of the mining company, Diatreme Resources Limited, Wayne Swan, the Labor Party’s Federal President, also owns 2 million shares and 10 million options to purchase shares. 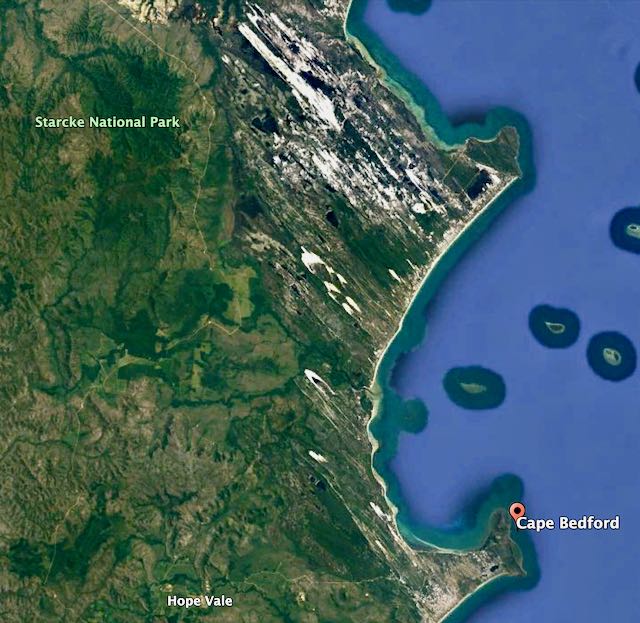 The independent scientific report into world heritage values reveals that the dune system, from Cape Bedford, near Hope Vale, north about 50km to beyond Cape Flattery, which Diatreme and the Qld Govt want to mine, has the same, exceptional environmental values as the dune system which the Bjelke-Petersen Government wanted mined at Shelburne Bay, closer to the tip of Cape York.

The Hawke Government stopped the Shelburne Bay mining plan in 1987. The Beattie State Government cancelled the National Party Government issued mining leases in 2003, amazingly with the support of the LNP opposition. Sand mining has been restricted to a relatively small area at Cape Flattery where mining commenced in 1967 and has been allowed to continue by successive State and Federal Governments.

Labor’s plan to allow Diatreme to clear vegetation (which includes some tropical rainforest) and mine the dune system more extensively is opposed by Traditional Owners who put cultural heritage values and ‘caring for country’ before destruction of country for money. There has been substantial controversy, including allegations of corruption, surrounding alleged support for mining from the Hopevale Congress Native Title Corporation.

For more information about this issue, see the investigative reports into the proposed Cape York sand mining by Sarah Elks and Michael McKenna, writing in the Australian. These reports provide substantial detail, with quotes from Aboriginal people, including Elders, opposed to the mining plan. (The Australian, 10 December, 2022)

“..Sand mining at Shelburne Bay would have damaged the wilderness value of the area and would have involved some damage to the Great Barrier Reef. It also would have had an adverse effect on the Aboriginal community. Our decision on Shelburne Bay is part of the Government’s commitment to the environment.”

“In our nearly 200 years of European settlement Australian governments too often have paid scant regard to the environment. This Government accepts its responsibilities to protect environmentally valuable areas for future generations.”

The exceptional environmental values of the Shelburne Bay sand dune ecosystem are repeated in the more southerly sand dunes north of Hope Vale which Labor and its Federal President want to mine. 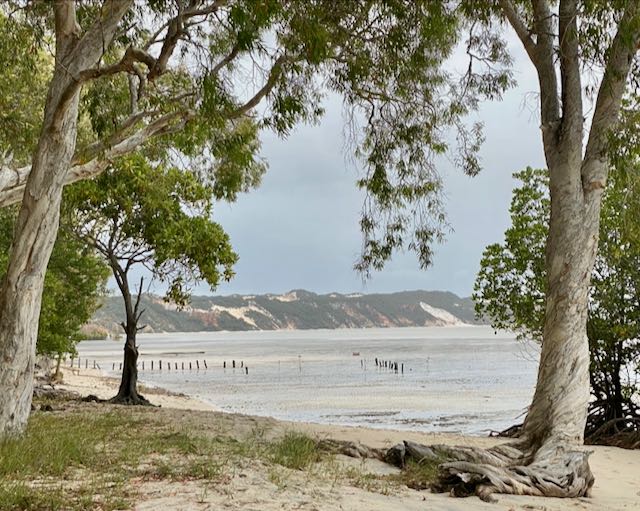 A Cape York world heritage nomination was championed a decade ago by former Federal Environment Minister Tony Burke, but the process stalled, and under Premier Palaszczuk, State Government approval for extending sand mining of the incredible dune systems is back on the agenda.

Using data from numerous sources the independent scientific expert Panel in 2013 identified seven major attributes that should form the basis of a nomination for Cape York world heritage listing. One of those are the “coastal aeolian dune systems”. These are quotes from the scientific report:

“The dunes of the largest Cape York Peninsula complex, the Olive River-Shelburne Bay Dune Field of about 500 square kilometres, have been blown inland in front of the prevailing South East Trade Winds from northern Temple Bay across land for 35 km to the shores of Shelburne Bay… The second largest dune field of about 400 square kilometres is between Cape Bedford and Cape Flattery north of Cooktown. They are similar to the Shelburne Bay dunes, but here three different ages have been recognised.”

“..Assessment for the Cape YorkPeninsula Land Use Study (CYPLUS) determined that these dune fields were outstanding and rare examples of tropical dune systems, with geological/geomorphological conservation values of international significance (Australian Heritage Commission 1994).”

“…In southern Queensland there are other large sand accumulation complexes (which include the world heritage listed Great Sandy region of Fraser Island) but they have marked differences from those of Cape York Peninsula.”

“..The greater part of the two major Cape York Peninsula dune systems cited are essentially intact and natural aeolian and other natural processes are on-going. Although the high purity silica is a marketable mineral and a silica mine has operated at Cape Flattery since 1967, most of the dunes remain in a natural condition and natural processes continue to operate. A proposal for silica sand mining at Shelburne Bay was refused on environmental grounds.”

“..This diversity of internationally significant attributes reinforces the multi-dimensional diversity of Cape York Peninsula and all the considered attributes are intrinsically linked by the overall integrity, condition and extent of this landscape. In the process of assessment and analysis the authors also acknowledge there is outstanding aesthetic attributes of Cape York Peninsula and within many of the focal attributes there are superlative natural phenomena. Only a few examples of these are identified in this report.”

It appears Diatreme Resources, chaired by Wayne Swan, has benefited from favourable decisions from the Palaszczuk Government, including over the past 12 months.

The investigative report published by the Australian on 10 December stated:

“Labor-aligned lobbying firm Anacta, which had its two principals banned in July from personally lobbying in Queensland, had 54 meetings or contacts on behalf of Diatreme with the Palaszczuk government, as the company secured approvals to expand the project.”

“Two of the approvals were given at the time that former ALP state secretary and MP Mike Kaiser was director-general of the Department of Resources.”

“The publicly listed company has been granted new or extended exploration permits on the eastern coast of Cape York, near the Aboriginal community of Hope Vale, by the Palaszczuk government, in the past year..”

When Labor’s Federal President Wayne Swan was appointed as Chairman of the Diatreme Board of Directors, the company unashamedly informed the ASX that Swan’s appointment:

“will significantly enhance Diatreme’s Board, providing a strong advocate for economic development, Indigenous engagement, environmental protection and health and safety, with connections across all levels of government.” (our underlining)

If Tanya Plibersek and Anthony Albanese want the public to believe they intend to enhance protection of our environment they must follow the Hawke Government example and intervene to prevent any new sand mine on Cape York. Otherwise, the public is likely to conclude that mining and cronyism, once again, are taking precedence over environmental protection – 35 years after the Hawke Government stopped the Bjelke-Petersen National Party State Government from allowing sand mining at Shelburne Bay on Cape York.

The proposed sand mining of the Cape York dune ecosystem near Hope Vale, north of Cooktown, has the potential to develop into a big environmental battle. Certainly the public interest would be served by the ABC reporting on this major issue. So far, there has been silence from our public broadcaster. Imagine if this plan to mine a proposed world heritage area involved the President of the Federal Liberal or National Parties and favourable decisions were being obtained from an LNP Government. The ABC and 4Corners would be all over it – and rightly so.

(Featured photo: A North Stradbroke sand mine in 2011. This illustrates the impact of a sand mine on dune ecosystems.)